HMHB at the Robin II 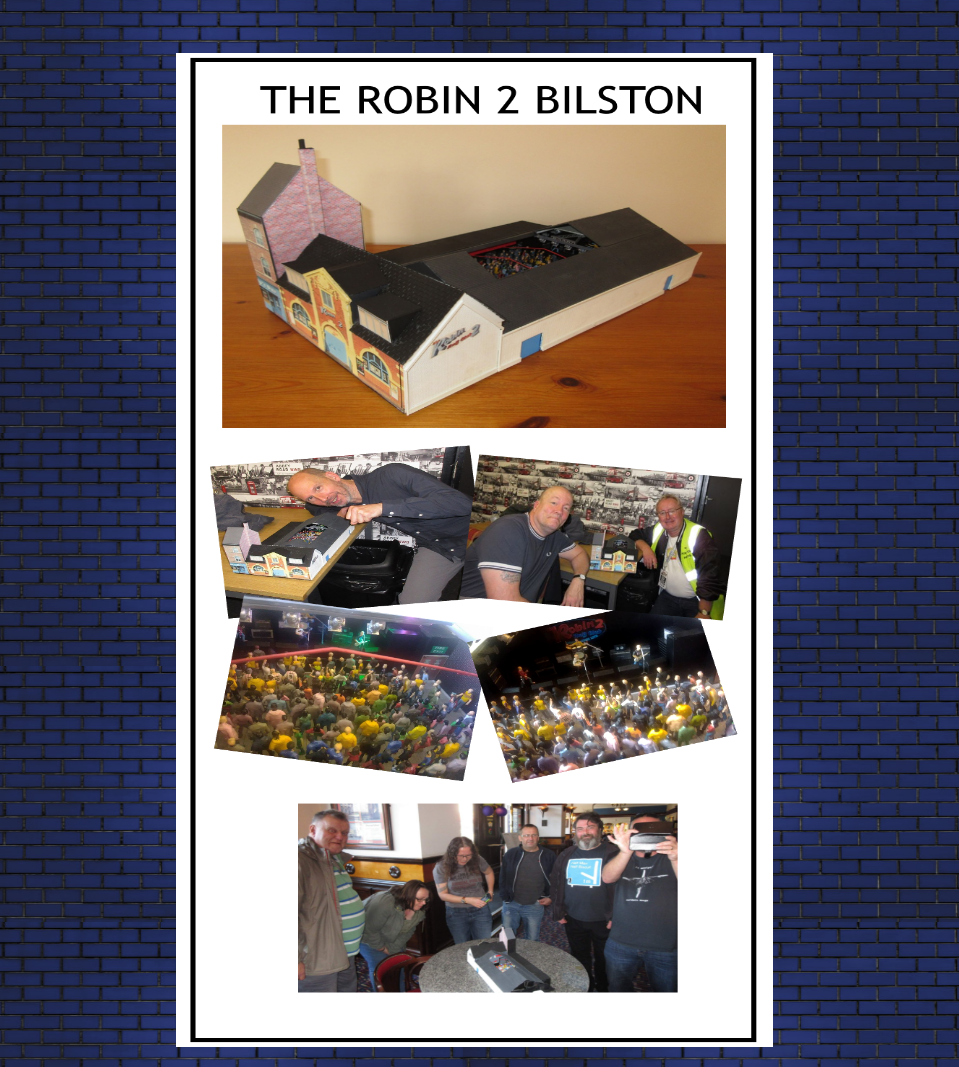 Half Man Half Biscuit in miniature at the Robin II Bilston

What started out as a joke quickly turned into a serious piece of modelling and by the end of three gruelling months over 600 plastic figures many painted in the band's team colours of yellow and burgundy plus lots of various t-shirts were finally stuck into place. The modelling of the band was a bit tricky but after a bit of cajoling three of the band agreed to send me naked photographs so I could get them spot on, I think you'll agree they look uncannily like the real thing. One of the army of plastic followers, the self-titled 'King of HI-VIS' and his good lady started bombarding me with requests to be the proud owners of such an iconic piece of artwork, of course, I'm joking and I was more than pleased to let it go to a pair of superfans. In the bottom photo you can see by the look of astonishment on the faces of this bunch of miscreants reduces me to tears every time I see it, it has made the effort well, well worth it, in fact one fan couldn't watch. It has also been on a bit of a tour of the UK, well Liverpool and Bilston and was met with universal praise and laughter.