Nuneaton Borough played their final home game at Manor Park on 27th April 2007, leaving for a new stadium on the other side of the town at Liberty Way, Attleborough Fields. 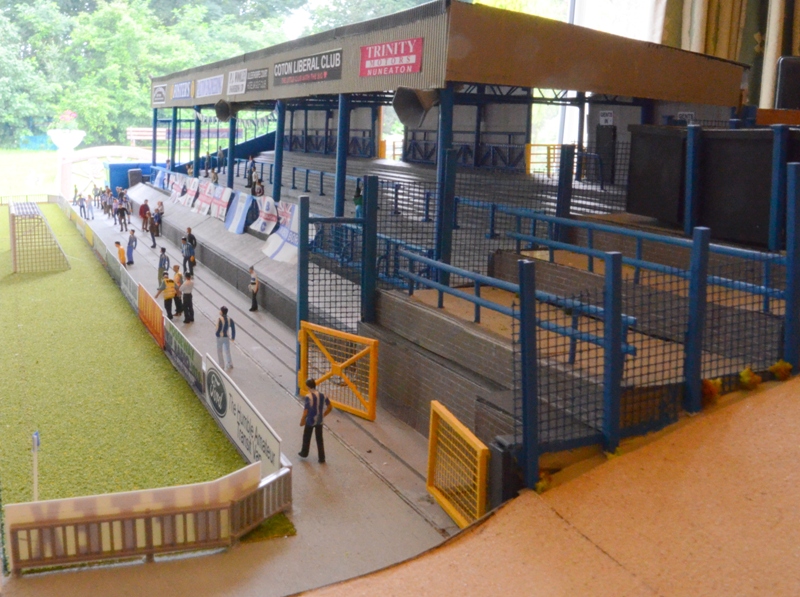 As The Boro' are my hometown club it made sense that Manor Park should be my next stadium project. I have decided to start with the most iconic part of the ground as far as Boro’ fans are concerned i.e. the Cock and Bear End.

Alas, Manor Park is no more, but hopefully I can do the old place justice with this model. A case of an authentic reconstruction rising from the former ashes of a ground fondly remembered by generations of Boro’ fans.