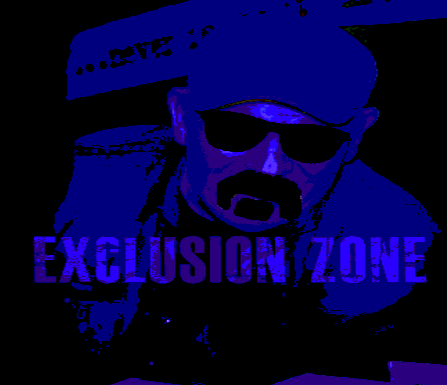 My first model kit as a young lad was an Airfix 633 Squadron Mosquito. I built it in about an hour and painted it before the glue had even set. "Gobbed up" my Dad used to say about my models back then and he was 100% correct.

Unfortunately, it took a serious illness some thirty odd years later to get me back into building models again. Initially, I used to call it therapy but it soon became a serious pastime as I realized I was pretty good at one-handed model building.

Since 2004 I have built four model railways with help from my mate Dave, two of which have appeared in various model publications and have been exhibited in local model shows.

The favourite part of my hobby is building from scratch. It’s something that I couldn't have dreamed about doing before my illness as I simply didn't have the patience required nor indeed the time.

In 2010 I decided to try my hand (excuse the pun) at building football-themed models. I built a model of the iconic Turnstile block at the sadly long gone Filbert Street, the former home of Leicester City FC. That first model raised over £150 for a local Hospice.

Friends persuaded me into having a go at building other parts of the ground. I built the centre section of the Double Decker and Kop and the positive reaction from everyone was staggering. At that point, I decided I simply had to build the whole Filbert Street ground and on my Grandson Alfie’s first birthday work commenced.

All the rest is history, of course. "Filbo" was completed nine months later after taking me nearly a thousand hours to construct. It now sits proudly on display at Leicester’s new home, the King Power Stadium, for all to see.

My models are not free of imperfections nor inaccuracies but they are built from the soul and it is my belief they are truly authentic representations of the real thing. I have gained an enormous sense of satisfaction from all the positive feedback I have received about them. Watching people looking at my models and being full of praise for them is the best drug in the world.

In addition, to my model making I’m a big fan of football (supporting Leicester City and visiting my hometown club Nuneaton Borough) and horse racing.

The wonderfully surreal and left-field band Half Man Half Biscuit are one of my other passions. The band's two founder members Nigel Blackwell and Neil Crossley, both Tranmere Rovers nuts, commissioned me to build two models of the late lamented "Cow Sheds" stand at Prenton Park, Birkenhead. To show their gratitude I am mentioned on the title track "Urge For Offal" on the 2014 album.