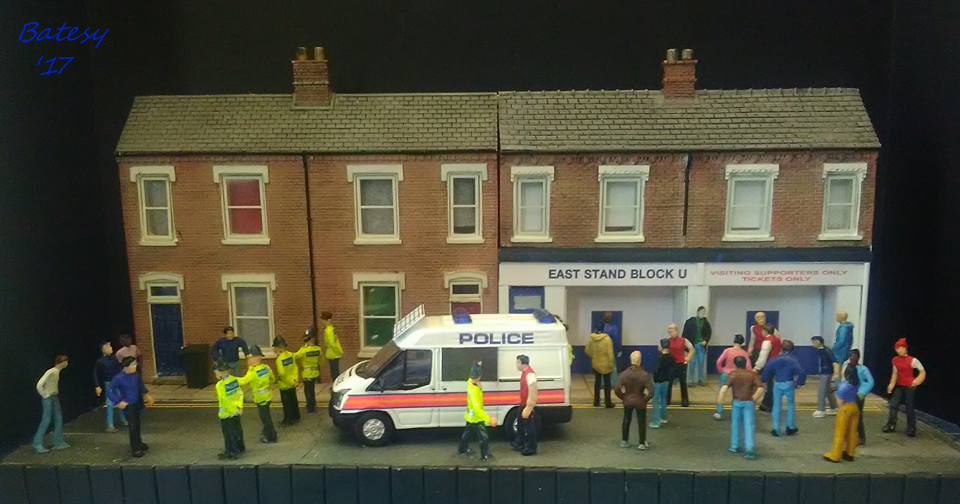 This model scene is typical of Burnmoor Street Leicester circa late eighties/early nineties. The away fans entrance to the East Stand was accessible by the turnstiles in the middle of a row of terraced houses. Leicester fans would be milling around hoping to shake the visiting fans' hands and welcoming them to Filbert Street. The model was purchased by Mr Chandler of Hell End Cottage, Halt, Norfolk. The model is a constant reminder that days at the football were much more fun.